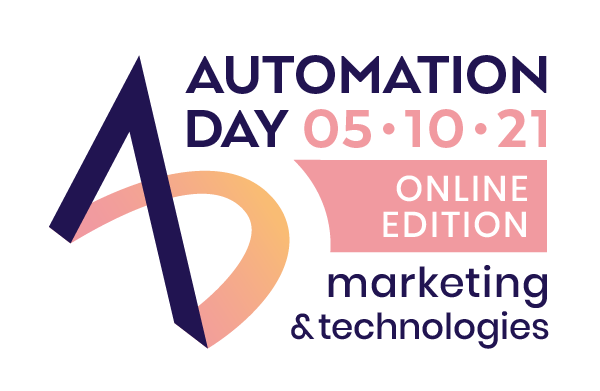 THE POWER OF CODE

31 aoüt, 2018
When it comes to corporate websites and other more advanced projects, the value of an advanced Web Content Management System (CMS) can be described in many ways. These days, with the recurring problems e.g. around Wordpress, many focus on things like security- but from a marketer's perspective, there is much more to be gained. So let us take a look at TYPO3 as an Open Source CMS which is well-established in the higher-end, and examine the extra value it can give.

If I were to ask you, what’s the most universal language in the world? Some of you might answer Chinese, others English or Spanish. For me, it’s Code.
Code is more than just another foreign language. It is a universal means of communication that reaches beyond all the national and cultural barriers that divide people in the world. It is not an overstatement to say that Code is the language of innovation and prosperity and it is the means with which we will design the world of tomorrow. AI, Blockchain, HealthTech, GovTech, GreenTech, FoodTech, even ArtTech… Code is much more powerful than a spoken tongue of as it is a language of “doing”, of “creating” and of “sharing”. So, the knowledge of Code and the access to learn it should be a fundamental right to every individual.

Yet, this is not true. For some reason, Code and the Tech world is still a man’s world.

In fact, one report published by HackerRank in 2018 showed that only 14% of tech and telco professionals in the world are female programmers or software developers.
The gender gap in technology isn’t something that starts suddenly within the recruitment sphere. In education, girls don’t receive as much support as they need to discover the right roles. For instance, around 74% of young women express an interest in computer science and STEM fields at an early age. However, only 28% earn computer science degrees.
It is ironic to think that the first algorithms and lines of code were written by a woman: Ada Lovelace, back in the 1840’s.

The question is, how can we bridge this gender gap?

There are numerous issues that restrict the number of women in tech roles today. If we want to bridge the gender gap, then we need to begin by introducing girls to the benefits of technology at an early age. By creating a strategy that covers everything from education to entrepreneurship, we can help women embrace tech, learn the language of code and discover a new world of opportunities.

To address the pipeline problem, educators must first know how to communicate the benefits of a career in IT to their female students. Educators and parents can highlight the diverse nature of the field, and how women in technology can work on everything from AI, to state of the art computer systems, with benefits like remote working.

Once the educational sector is primed to support more women in tech, the workplace must start to address the gender gap. There are plenty of ways that employers can do their part to help women embrace tech. From writing job descriptions that specifically appeal to women, to making sure that hiring managers interview a fair percentage of female candidates, it all starts with making a few simple recruitment changes.
Additionally, once women in technology are hired, it’s important to ensure that they’re treated with the same level of respect and dignity as their male counterparts. The quit rate for women in the high-tech industry is almost twice as high as it is for men. Perhaps part of the issue here is that women don’t get the support they deserve. Indeed, earnings for women under the age of 25 in the tech industry are 29% lower than they would be for their male counterparts.

Empowering women in tech isn’t just about helping them to find the right jobs in the existing recruitment market. One great way to reduce the gender gap, is to fill the start-up scene with women exploring their own ideas in the technology sector. While only 5% start-ups belong to a female entrepreneur, there are endless opportunities out there for women who want to add to the technology industry.
Not only does entrepreneurship give women the chance to embrace tech from a brand-new perspective, but the more women emerge as leaders and business owners in this sphere, the more they’ll inspire other women in tech too.
Helping Women Embrace Tech
The technology tide is beginning to change as organizations start to recognize the value of employing more women in the computer science fields. After all, a lack of women in tech isn’t just a problem for women, it’s also a problem for the world economy and the technology sector too.
Code is the language of the 4th Industrial Revolution we are living today, and the contribution of women is a hugely important part of this agenda. All we need now are more girls and women to follow their coding ambitions. Many have already started via hashtags such as: #WomeninTech #EmbraceTech #WomenEmpowerment #GirlsCode but there are surely more to come. It’s an exciting time to be a girl or woman who codes right now. Who knows what astounding innovations women coders are preparing for us? Watch www.women-in-tech.org for some really amazing tech achievements from women coders from around the world.
Ayumi MOORE AOKI
Founder Women in Tech®
@AyumiMooreAoki
contact@automationday.fr
Powered by
Chargement